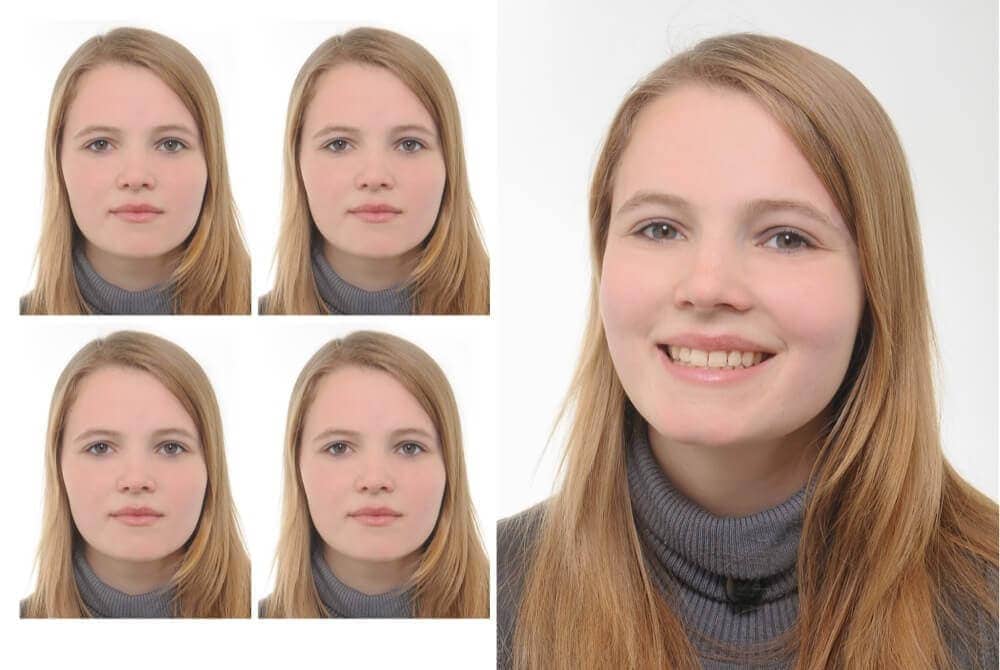 Unfortunately, Munich passport photos are not among the most popular photos. The reason for this is the forced serious expression and the not very popular frontal shot. Nevertheless, there are a few tips and tricks on how you can appear a little more flattering on your biometric passport photo!

For styling/make-up for passport photos

It is quite clear that the first thing that has an effect on you is the styling passport photo at. For us women, I recommend a beautifully done hairstyle and subtle (less is more!) make-up to emphasize the eyes and cheeks and to look fresher in general. With the hairstyle for passport photos, you should make sure that the hair does not cover the face and especially the eyes too much. For men, a fresh shave, trimmed hair and a top that isn't very cut-out either look great!

The clothes for a biometric passport photo

When it comes to clothing, I recommend a blouse or shirt, as only the collar will be visible in the passport photo. Tank tops or wide-cut shirts are unfavorable! Here it can happen quite quickly that you appear naked on the biometric passport photo. Even sweaters or jackets that cover the neck too much can sometimes look bad because the person being photographed looks as if they don't have a neck.

As for the color of clothing, it's always great if it's a slightly bolder shade that accentuates the color of the eyes or flatters the general complexion. Headgear is only allowed for religious reasons! Especially in summer, the popular darkened sunglasses must also be removed. If you wear glasses, the glasses are of course part of the shoot. Only both eyes must be open and clearly visible on the Munich passport photo, even with glasses! We, as professional photographers, will take care of it for you.

order for one biometric passport photo Munich not quite so tense, almost like appearing in a soldier's pose, it is important to sit relaxed on the chair, let your shoulders sag and of course not hold your breath! Even and calm breathing works wonders! It relaxes the facial muscles. Smiling or smirking is allowed and looks much friendlier on the passport photo! When smiling or smirking, don't forget to keep your mouth closed, because no teeth should be visible.

I hope our tips and tricks help you to get a biometric passport photo that you want to show off to friends and not just bury it in the depths of your wallet!

Have passport photos photographed in Munich

Please make an appointment for your new passport photos.

Please note possible Deviations from our normal opening hours. You can find this in the footer below.

Online appointment booking for our photo studio at Ostbahnof

You can also click here to make an appointment. 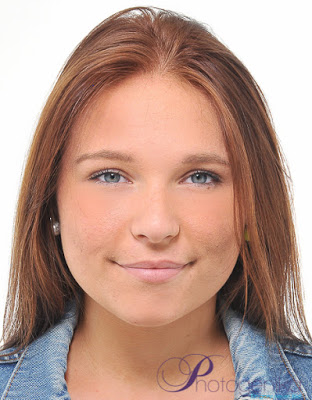